Nearly all humans (admittedly childishly) admire the ability to emit uncannily musical armpit or hand farts, or even rarer- mouth fart motor engine aping. However, it is the rare occasion that a performer's gaseous-sounding melodic notes are indeed truly gaseous (meaning literally discharged from the butt-hole). 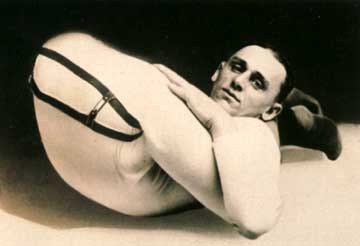 The King of Flatulism (the professional art of farting) was a man named Joseph Pujol, who went under the stage name of Le Pétomane. Pujol's gift was his power to "inhale air into his rectum and then control the release of that air using his sphincter muscles", supposedly avoiding the corresponding stink. 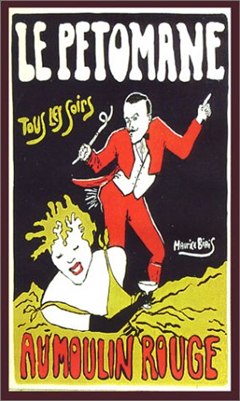 Pujol's talents included the ability to:

Note: Pujol's talents didn't go unheralded. For some time, he was the star attraction at the legendary Moulin Rouge, and also performed for the likes of Edward, Prince of Wales, King Leopold II, and Sigmund Freud.

When the talented flautist passed away in 1945, the Sorbonne offered his family a large sum of money to examine the corpse's magical anus, but the family declined, stating "there are some things in this life which simply must be treated with reverence."

Want to master Microsoft Excel and take your work-from-home job prospects to the next level? Jump-start your career with our Premium A-to-Z Microsoft Excel Training Bundle from the new Gadget Hacks Shop and get lifetime access to more than 40 hours of Basic to Advanced instruction on functions, formula, tools, and more.

Other worthwhile deals to check out:

Join the Next Reality AR Community

Get the latest in AR — delivered straight to your inbox.

He gave himself enema's that often? Wrong, just wrong.